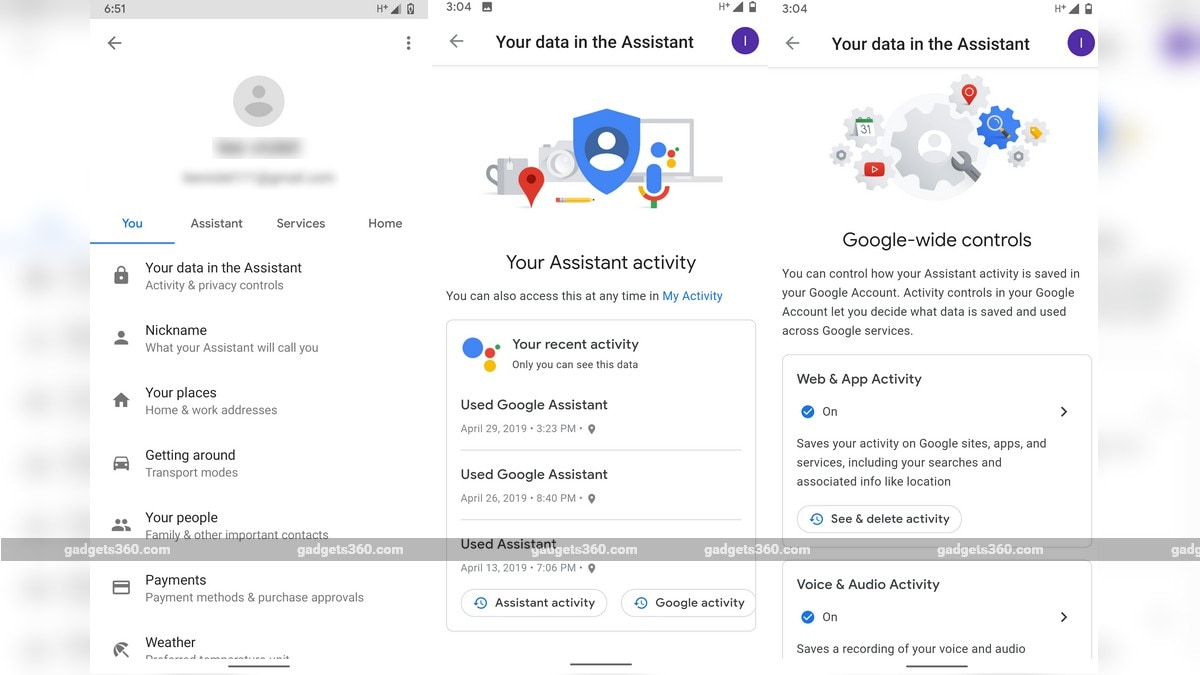 Google laid a considerable amount of stress on the privacy aspect of its ecosystem at Google I/O 2019, promising to give users more control over their data. Well, it appears that Google has started taking steps to put the plans in action by making it easier for users to control the amount of data collected by the eponymous virtual assistant straight from the Google app. Rather than going to Google’s My Activity page, one can now specify what data the Google Assistant can access using the Google app on their phone. Also, users can now erase the entire log of their voice commands from Google Assistant’s database.

Earlier, users had to open the My Activity page – which was launched back in 2016 – on a browser to let them delete their activity log like search history, video watching log, etc. or choose to selectively preserve them for better recommendations. Google is making the process easier by letting users access those data control tools from the Google app itself. The new Google App tool called ‘Your data in the Assistant’ was spotted by Android Police.

Under the ‘Your data in the Assistant’ page, users can check the complete log of the past activity recorded by the Google assistant, and also specify whether Google can have access to data such as voice and audio activity, Web and app activity, device information, and more. Below it users can see details of how Google utilises the user data to improve the user experience.