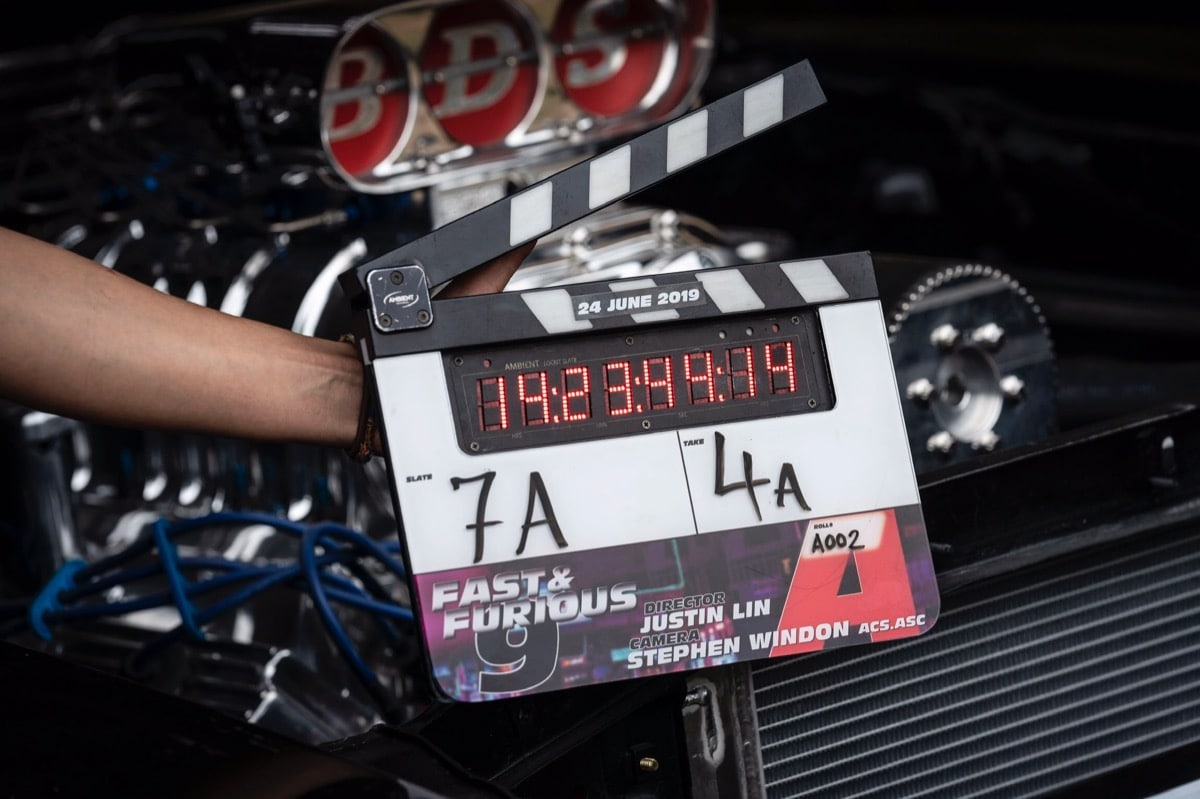 A still from the sets of Fast and Furious 9

Fast and Furious 9 is now in production, with the first leg of filming kicking off in London on Monday. Veteran stars of the action franchise Vin Diesel, Michelle Rodriguez, Tyrese Gibson, and Chris “Ludacris” Bridges all took to Instagram late on Monday to confirm the start of production on the ninth mainline chapter, either reflecting on the past, talking about the crew, or showing off the front of the script. Justin Lin — director on four previous Fast and Furious films, including Fast Five — who returns on Fast and Furious 9, also posted a sneak peek on Twitter.

“We just completed our first day,” Diesel said in an Instagram video from the set of Fast and Furious 9, after Rodriguez and him expressed disbelief on how they are working on the ninth chapter of the franchise that began all the way back in 2001. “It feels like a miracle. We’re just so grateful. We’re grateful to you, Universal [Pictures], we’re grateful for our whole team — incredible crew, incredible cast — and most importantly, we’re so grateful to you, world, that has adopted this franchise. It’s so awesome. So blessed. We love you so much.”

In an Instagram post, Gibson put up a video tent photo along with producer Samantha Vincent and his manager Isabella Castro, thanking them both for their contributions. Ludacris simply went for his copy of the script, which says Fast and Furious 9 on the front and has writer Dan Casey’s name on it, with “Tej” — the name of Ludacris’ character — emblazoned diagonally to identify whose copy of the script it is.

As for Lin, he posted an image of the Fast and Furious 9 clapboard on Twitter, which has the title and the names of the director and cinematographer (Stephen Windon), as is custom. You can spot Dominic Toretto’s (Diesel) supercharged Dodge Charger in the background, which suggests the classic car is somehow back after being destroyed in Furious 7.

Fast and Furious 9 release date is set for May 22, 2020. In addition to London, it is also expected to film in Los Angeles. Jordana Brewster, Nathalie Emmanuel, and John Cena are also part of the cast.